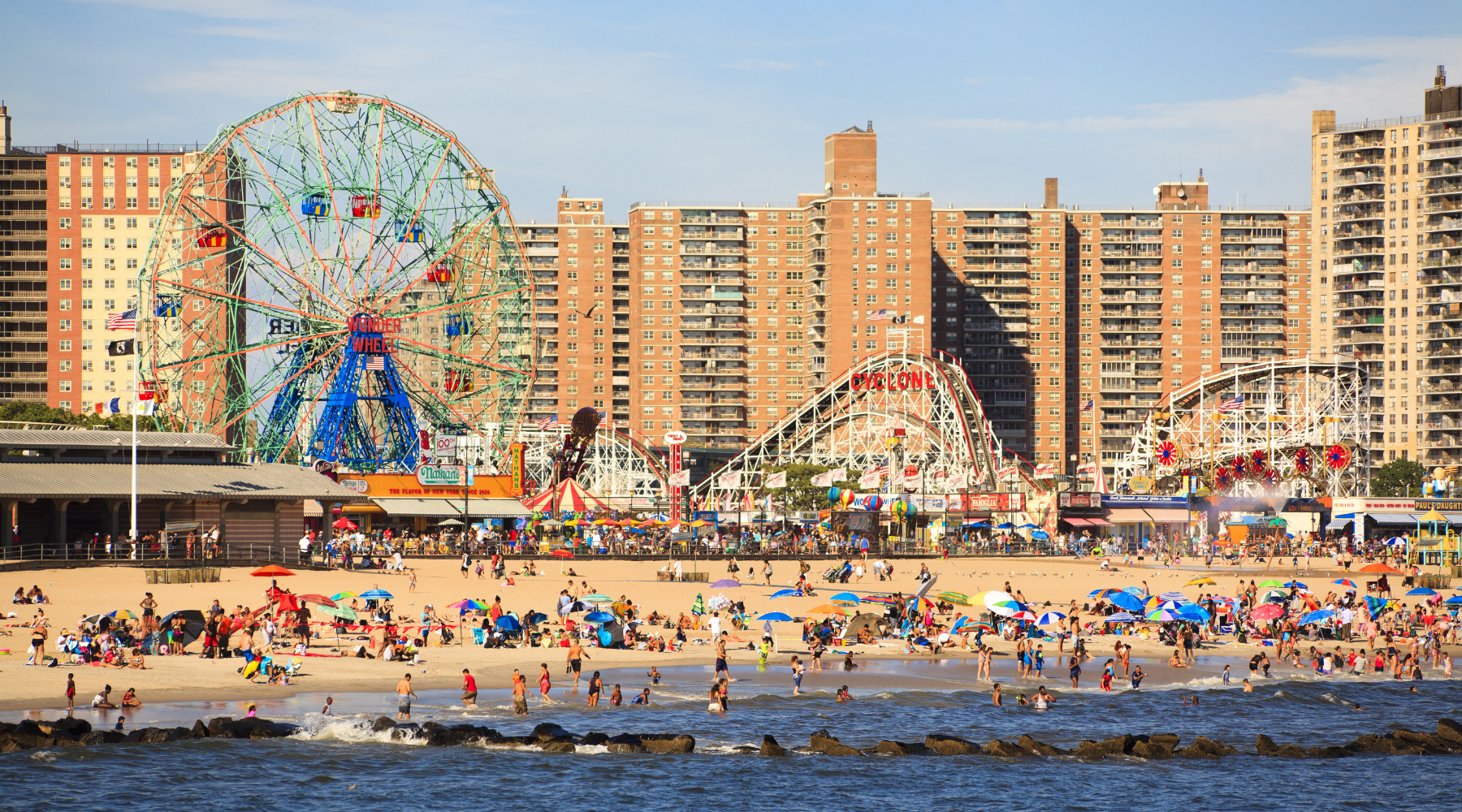 All About Brooklyn, NY

BROOKLYN WAS FIRST SETTLED IN 1636 by a group of Dutch farmers along the shore of Gowanus Bay. In 1642, a ferry to Manhattan started at the foot of Fulton Street, and the community became known as The Ferry. In 1645, another settlement was established near the present borough hall and was named “Breuckelen.” The spelling varied for more than a century before being settled as “Brooklyn.”

During the Revolutionary War, Brooklyn was the site of the Battle of Long Island. Fort Putnam, erected by General Nathanael Green in 1776, protected General Washington’s retreat after the battle. On the same site, Americans built a fort to defend themselves against a British attack during the War of 1812. After General Greene, they named it Fort Greene and in 1847 became Fort Greene Park, Brooklyn’s first park.

In 1898, Brooklyn surrendered and became a borough of New York City. Brooklyn was connected to Manhattan in 1883 by the Brooklyn Bridge, considered one of the engineering marvels of the age. The Verrazano-Narrows Bridge connected Brooklyn with Staten Island and was the longest suspension bridge in the world at the time. Today it remains the longest bridge in the United States.

Living and Working in Brooklyn, NY

Of New York City’s five boroughs, Brooklyn (aka Kings County) is the largest and most populous. If Brooklyn were a city, it would be the third-largest city in the U.S., second only to Los Angeles and Chicago. With over 2.5 million residents, it’s no wonder that Brooklyn is so iconic.

Generations of immigrants have left their unique marks on the borough, making it the most ethnically diverse county in the nation. There is very efficient public transportation, an incredible variety of restaurants, and abundant green spaces. Brooklyn’s culture and diversity are incomparable. In a borough this big, you’ll never run out of new places to explore and exciting people to meet.

Just a short drive away from Brooklyn Smile is the infamous Luna Park in Coney Island, New York City’s most iconic destination for friends, family, and fun.

This infamous beach needs no introduction. Famous for its Wonder Wheel, Luna Park, its annual Mermaid Parade, and the crazy 4th of July hot dog eating contest, millions of visitors are drawn to Coney Island every year. Spend a day relaxing on the beach, and then have a great meal on the boardwalk. Coney is home to the first roller coaster, which debuted in 1884, the Gravity Switchback Railway, drawing lines of trailblazing thrill-seekers and setting off a craze that quickly spread around the globe.